NASA's New Horizons probe remains on course for its daring flyby of Ultima Thule between 29th December 2018 and 4th January 2019.

When the mission sweeps past the 30km wide object on New Year’s Day, it will be making the most distant ever visit to a Solar System body – at some 6.5 billion km from Earth. 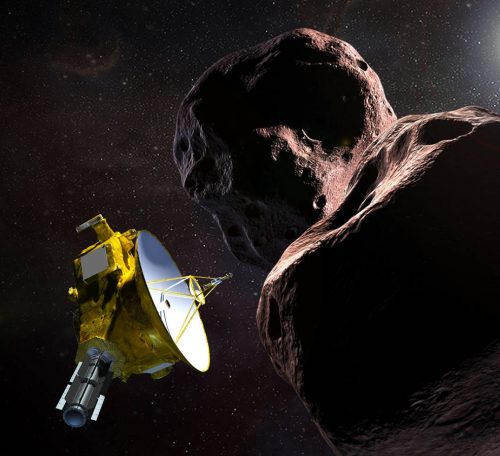 Teledyne e2v provided New Horizons with two specialist image sensors. The Long-Range Reconnaissance Imager (LORRI) is a black and white telescopic camera that has a 1k x 1k pixel image sensor at its core, CCD47-20. The other sensor, CCD96, powers Ralph – a 5k wide multi-colour scanning imager. New Horizons travels at 33,000 miles per hour, and the Kuiper Belt objects do not reflect a lot of light; therefore, the image sensors have been designed to be extremely sensitive and to work perfectly during its short flybys.

Find out more about this the New Horizons mission on Teledyne’s Possibility Hub.